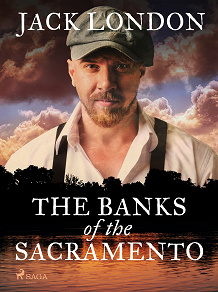 The Banks of the Sacramento

by Jack London
Jerry has been left in charge of a cable-rig across the Sacramento River when his father is forced to visit San Francisco. He is proud of his new responsibility, but when a surprising turn of events takes place, he is required to make quick decisions and face great danger. Is he up to the task, with no one there to help or guide him?

This dramatic short story written by Jack London dates back to the early 20th century and is set in the San Francisco Bay Area where the author was born. It proffers titillating suspense along with the hallmark descriptive vibrancy and vividness for which London is adored across the world.

Jack London has proven a timeless influence for writers such as Ernest Hemingway, Jack Kerouac, and Robert Ruark.

Jack London (1876–1916) was an American writer and social activist. He grew up in the working class, but became a worldwide celebrity and one of the highest paid authors of his time. He wrote several novels, which are considered classics today, among these 'Call of the Wild', 'Sea Wolf' and 'White Fang'.