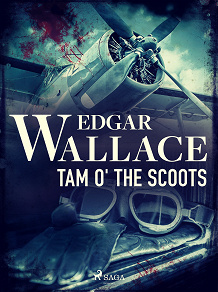 by Edgar Wallace
'Tam o’ the Scoots' is a book that cannot help but stand out from the rest of Wallace’s fiction. In a good way, at that. It is a collection of ten short stories chronicling - in striking detail - the dire straits of a brilliant Scottish aircraft pilot whose heyday coincided with the First World War.

Casting light on the historical accuracy of the situations Tam underwent with the 'scoots' (Tam's Scottish pronunciation of scouts, which was what fighter pilots were dubbed back in the day) and the psychological inner workings of what constitutes a reliable pilot, Wallace’s collection is comprised of light and sometimes sketchy tall-tales, served with a quintessential inkling of humour and action. Insightful and attention-grabbing!

Readers young and old alike will be excited to discover that Wallace’s work has been adapted for the big screen many times with actors like Jack Black, Adrien Brody and Jamie Bell portraying characters from his books.


Edgar Wallace (1875-1932) was an English writer so prolific, that one of his publishers claimed that he was behind a quarter of all books sold in England. An author, journalist and poet, he wrote countless novels, short stories, screen plays, stage plays and historical non-fiction. Today, more than 160 films have been made from his work. He died suddenly in Hollywood in 1932, during the initial drafting of his most famous work, "King Kong".