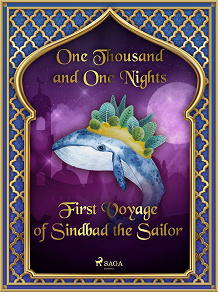 First Voyage of Sindbad the Sailor

by One Thousand and One Nights
Many legends are told about whales so huge they are mistaken for islands, and wake up when sailors light a campfire on their backs, plunging into the depths and drowning the poor mariners. An encounter with this leviathan is only the start of the adventures in the first voyage of Sindbad the Sailor, the sixteenth of 34 tales in the classic Arabian Nights collection translated by Andrew Lang.