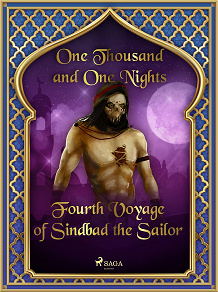 Fourth Voyage of Sindbad the Sailor

by One Thousand and One Nights
Sindbad’s fourth voyage may not feature monsters or giant animals, but after being shipwrecked and befriending the hospitable islanders, he faces a different kind of horror: a tradition in which the living are entombed along with the dead. Bury yourself in the macabre excitement of this, the nineteenth of 34 tales in the classic Arabian Nights collection translated by Andrew Lang.