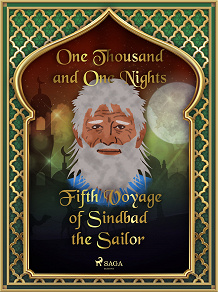 Fifth Voyage of Sindbad the Sailor

by One Thousand and One Nights
Sindbad’s fifth voyage progresses from tragedy to farce when the crew of his ship first discover the egg of a roc – the giant eagles he escaped in his second voyage – and he is later captured by the Old Man of the Sea. Loosely adapted from two episodes in Homer’s Odyssey, Sindbad’s amazing journey continues in this, the twentieth of 34 tales in the classic Arabian Nights collection translated by Andrew Lang.