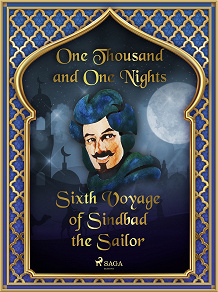 Sixth Voyage of Sindbad the Sailor

by One Thousand and One Nights
Seized by wanderlust for a sixth time, even Sindbad begins to regret his restlessness when he’s shipwrecked on a seemingly barren island, and has to watch his crew starve to death. But Sindbad’s cunning and good fortune haven’t run out yet, as he discovers in the twenty-first of 34 tales in the classic Arabian Nights collection translated by Andrew Lang.