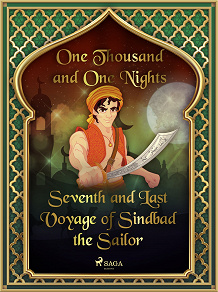 Seventh and Last Voyage of Sindbad the Sailor

by One Thousand and One Nights
Sindbad, now an old man, has finally learned his lesson, and sworn never to leave Bagdad. Yet when the Caliph demands that he return to Serendib (modern-day Sri Lanka), Sindbad has no choice but to set sail again – this time facing pirates and slavery before he can return home for good. See Sindbad’s adventures through to the end in his seventh and last voyage, the twenty-second of 34 tales in the classic Arabian Nights collection translated by Andrew Lang.