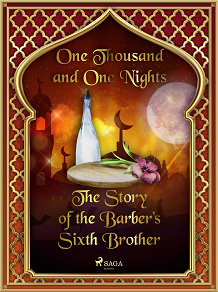 The Story of the Barber's Sixth Brother

by One Thousand and One Nights
A good fairy tale needs a happy ending, and if he can’t provide one for the rags-to-riches-to-rags-again story of his sixth brother, the barber of Kashgar can at least add one to the history of the little hunchback, in the twenty-fifth of 34 tales in the classic Arabian Nights collection translated by Andrew Lang.